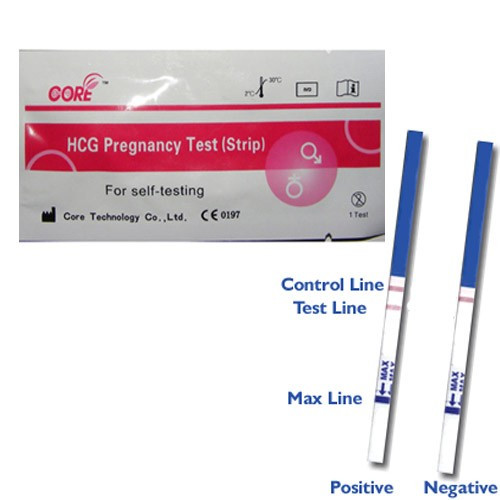 Early Pregnancy Tests offer the accuracy of market leading brands at a fraction of the cost and are ideal for couples who use a high volume of tests. Featuring a high performing 20mIu sensitivity that ensures accuracy. This simple, user-friendly pregnancy test detects the HCG hormone secreted by the developing placenta enabling the detection of your pregnancy as early as 6 to 15 days post conception.

A user-friendly pregnancy test, the Early Pregnancy Test detects the HCG levels present in the body after secretion from the developing placenta as early as 6 to 15 days after conception. Each pack contains ten individually foil wrapped tests for longer life.

How to Interpret the Results: